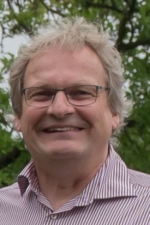 Prof. Dr. Thomas Friedl is Professor and head of the department Culture Collection of Algae at Göttingen University (SAG), Germany, and Director of SAG. His research interest are algae and cyanobacteria, their diversity, phylogenetics and ecology. Recent work has focused on changes in the composition of alga/cyanobacterial communities in terrestrial habitats along various environmental gradients (Antarctica, tropical rain forest in Ecuador, arid sites of Chile, deserts in Southern Africa). Additional research interest is in applied aspects related to Algal Biotechnology. He is actively involved in several international research projects.

Dr. Nataliya Rybalka is a postdoctoral researcher at the department of Experimental Phycology and Culture Collection of Algae at the University of Goettingen (EPSAG) (Germany). She is working on the project “Re-evaluating taxonomy and distribution patterns of the Xanthophyceae (Stramenopiles)” which is financed by German Science Foundation in the frame of the Priority Program “Taxon-Omics: New approaches for discovering and naming biodiversity” (SPP1991). Her area of research is diversity and distribution of terrestrial and freshwater algae, as well as algal cultures and their biotechnological applications.

Prof. Dr. Roberto Godoy is a Full Professor at Instituto de Ciencias Ambientales y Evolutivas, Facultad de Ciencias, Universidad Austral de Chile. Doktors der Naturwissenschaften( Dr. rer. nat.) University Justus Liebig, Giessen, Germany. His research interest is based on biogeochemistry, biological activity in soils, and plant ecology of forest ecosystems. The chemistry of precipitation and the biogeochemical cycles in old-growth forests in the mountain areas of southern Chile still reflects a close approximation of pre-industrial conditions. The primary results showed that the productivity of the ecosystem mainly depends on the internal cycling of soil organic matter. In this way the principal focus of his research is determine the importance of biotic and abiotic factors that influence the conservative nutrient strategies, specially under higher rainfall conditions.

Since 1991, he is advisor of undergraduate, Master and PhD students in the Universidad Austral de Chile, Valdivia, Chile. He has obtained several Chilean Research Grants funded by the Chilean Science Foundation (Fondecyt) and fruitfull International scientific collaborative networks.

Prof. Dr. Jorge Nimptsch is Professor at Institute of Marine and Limnological Sciences, Universidad Austral de Chile. His research interest are Water and all aspects of limnology, where bloom forming cyanobacteria and their secondary bioactive metabolites act as stressors. Recent work has focused on changes in land use on freshwater quality. Additional research interest is in applied such as aquaculture practices and effects on freshwater ecosystems. He is actively involved in several national and international research projects.

Born in Santiago de Chile, he obtained his Diploma (Master Degree) from Universidad de Valparaíso (2000), his PhD from Humboldt University Berlin (2005), Post doctoral studies at the Leibniz Institute of Freshwater Ecology and Inland Fisheries (IGB Berlin) and became Professor at the Universidad Austral de Chile (since 2011). 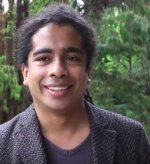 Dr. Andrea Silva is the executive director of the AUSTRAL-omics Core Facility that is part of the Vicerrectoría de Investigación, Desarrollo y Creación Artística  at the Universidad Austral de Chile. While holding this position, Dr. Silva has effectively and efficiently managed the equipment of the genomics core facility, and she has also advised companies, students, and academics on the use of genomic technologies. In addition, Dr. Silva has worked on the design and implementation of new methodologies and tools for the optimization of genomic resources. Dr. Silva also maintains her own line of research focused on functional genomics and evolution. Currently, her research seeks to understand the molecular mechanisms involved in the physiological responses of organisms to environmental stress. For example, Dr. Silva and her team have used genomic tools to elucidate the mechanisms responsible for insecticide resistance in agricultural pests, and they have also used metabarcoding to identify the endosymbionts of pests and beneficial insects.